[last updated: October 5, 2020] Introduction The past years we have received several support requests that we found out were related to/caused by (often already fixed) bugs in Excel 2019/2016/365. This article shows information on how to update your Excel installation and also contains links to the Microsoft articles with all the detailed information about […]

Posted on April 23rd, 2020 by Bastien
Filed under: ASAP Utilities, General | Comments Off on The importance of Microsoft Office Update | Fix random crashes and performance issues 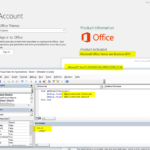 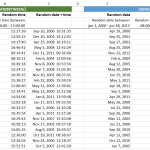 We just received the following question: "Would it be possible to add random date and times?" Yes, this can (already) be done with just Excel. We might add a tool for it in ASAP Utilities that will ask you for the input in the future, but it isn't hard to do yourself with the combination […]

Posted on June 28th, 2013 by Bastien
Filed under: General | Comments Off on Insert random dates and times in Excel Unlike Word, Excel doesn't have a similar option to insert a bulleted list. However, you can easily create a similar list in Excel by using a so called "custom number format". That might sound a bit difficult but it really isn't. Just select the list and right-click on any cell in your selection: Then choose […] 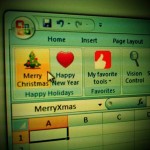 Happy Holidays and Merry Christmas! Lots of love and happiness for you, your co-workers, family and friends. And if you don't celebrate Christmas, have a great weekend!

Posted on December 23rd, 2011 by Bastien
Filed under: General | Comments Off on Happy Holidays

User question: How to send this sheet to an e-mail in Excel 2010? "Hi Bastien, I am a great admirer of you ASAP-utilities. Great work. I have a little problem with Excel 2010, that I am hoping that you might have a solution to. We have just switched over to the excel-2010 from excel-2003. In the 2003 there was a button to send this sheet to an e-mail. […]

Posted on November 21st, 2011 by Bastien
Filed under: General, How to | Comments Off on User question: How to send this sheet to an e-mail in Excel 2010?

User question: How to enter the same value on multiple sheets (or in multiple cells at once) Today we received the following email: Let me start by saying how wonderful I think your program is. It saves me a lot of time. I just created 100 sheets and named them from a list using ASAP -great! I then inserted the name of each sheet into a cell within the sheet using ASAP […]

Posted on November 16th, 2011 by Bastien
Filed under: ASAP Utilities, General, How to, how to with ASAP Utilities | Comments Off on User question: How to enter the same value on multiple sheets (or in multiple cells at once)

I wish you all a wonderful new year with lots of health, happiness and prosperity! May the New Year be a good year to you and yours. And we'd like to thank you for your suggestions, enthusiasm and encouragement throughout the past 12 years. We've planned several new exiting and improved tools for ASAP Utilities […]

How to: Check the spelling on multiple or all sheets

Last week I received the following question: How we can spell check on all sheets. Can you add this in next version/update? Well, you can already do this in Excel. Just select all or multiple sheets and then when you start the Spelling (F7) the spelling check will take place on the selected sheets.

Posted on January 13th, 2010 by Bastien
Filed under: General, How to | Comments Off on How to: Check the spelling on multiple or all sheets

Last week I received the following question: I get sent Excel files from various vendors. I have to convert these to SAS datasets that get moved to a UNIX system. The SAS datasets can only contain ASCII 32-127. So I need to remove these from the Excel file. You can use the "Text » Advanced […]

Posted on August 13th, 2009 by Bastien
Filed under: General, How to, how to with ASAP Utilities | 3 Comments »

A bit off-topic but because working with shortcuts is often so much faster. I believe that shortcuts are are preferred when it comes to speed/productivity and reducing the chances on RSI. Microsoft: List of keyboard shortcuts for Word 2002, Word 2003, and Word 2007 http://support.microsoft.com/kb/290938 Just in case you weren't aware, we have a list […]

Prepare a document before sending it to others

When you send your Excel workbook to other people, sometimes you want to protect or hide certain parts. For example the formulas you used or temporary data in hidden columns. You can do this by using Excel's worksheet protection, however you should know that this protection is easily broken and not very secure. A better […]

Posted on October 27th, 2008 by Bastien
Filed under: General | Comments Off on Prepare a document before sending it to others

Weird looping through cells in a range object

Unhide all columns and rows

Posted on October 21st, 2008 by Bastien
Filed under: ASAP Utilities, General, How to, how to with ASAP Utilities | Comments Off on Unhide all columns and rows

Keep leading and remove only the trailing spaces

Jeff recently asked: I really like your product but just came upon a capability it is missing: Delete trailing spaces (but keep all other spaces). I expect it would be simple enough to add; would you? I never expected anyone to need a tool to only remove the trailing spaces but he needs it on […]

Posted on September 18th, 2008 by Bastien
Filed under: ASAP Utilities, General | Comments Off on Keep leading and remove only the trailing spaces

Max asked the following: Can the "Fill > fill up with leading zero's" option under be made to work on leading or trailing zeros? For instance, if I have three numbers: 1 12 123 I would run the option to fill them with trailing zeros so they would look like: 1000 1200 1230 We want […]

Replace formulas with their calculated results in multiple sheets

It's time to update this blog more often. I will do this by writing about questions I answered by email and that might be interesting for others too. Tom asked: Formula » Convert formulas to their values: I was hoping you could tell me if there is there a way to do this for all […]

Posted on December 20th, 2007 by Bastien
Filed under: General | Comments Off on Google Desktop Search slows down Excel

I just got an email that says you cannot copy only the filtered data in Excel 2007. If you use the autofilter to make a selection and then you only want to copy the filtered rows, Excel 2007 copied everything, even the hidden rows. This is different from the way Excel 2000-2003 works. You can […] Macro: Export each column to a separate sheet

Last week I got a question from Danielle: "I have a spreadsheet with 75 columns each containing between 48 to 50 rows. I would like to be able to export each column to either a separate sheet or a separate file. Sort of like the export worksheets as separate files function. Does this function already […]

Posted on October 9th, 2007 by Bastien
Filed under: ASAP Utilities, General | Comments Off on Macro: Export each column to a separate sheet

General Excel question: Recently I have been getting this same question by several customers. If they open a file in Excel, the first time it takes a very long time. If they then save the file and open it again it loads much faster. This occurs when you open an Excel file that has been […]

Posted on July 10th, 2007 by Bastien
Filed under: General | Comments Off on Excel file loads slowly the first time that it is opened in Excel Microsoft: Description of the undiscovered tips about Excel

Microsoft has written an article on how some things in Excel can be done without the use of macro's. An interesting list. However I remember that back in 1999 when I use their approach to "Exclude duplicate items in a list" I found out that this was limited to approximately 1000 unique items. This article […]